Shivang Gude is the Lead Publisher Manager at Mobobeat. He has been in mobile Ad-Tech industry for close to 1 year and has worked on the publisher side with global clients including app developers,ad networks, media buyers and affiliates.Prior to Ad Tech he was in Media sales working for a renowned job portal and later in Auto sector .He holds holds an MBA and undergraduate degree in Engineering from Goa University. 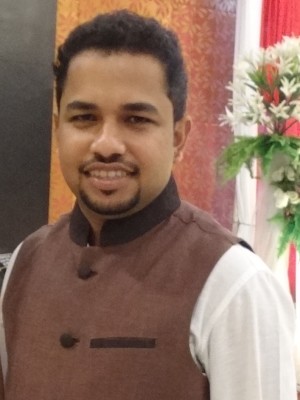 One of the important decisions every app advertiser has to make is whether to use Incentivised traffic or non-incentivised traffic for his app promotion. You can have the best of both worlds, and reap in the high user loyalty rates from other marketing campaigns, whilst boosting total downloads and improving app store rank from your incent-based efforts.

Incentivised campaigns are reward based campaign. The end user is rewarded in the form of Free Mobile Airtime, Virtual currency or credit points in a game for completing an action like installing an app or registering for a service.

Cost Effectiveness : One of the major advantages of incentivised traffic campaign is its cost effectiveness over the non- incentivised one. The CPI rate for a non incent install is roughly 4 to 5 times higher than a non incent install. Typically, non-incent based campaigns can lead your cost per download to be as high as $3-4, which is historically expensive. Incent based marketing campaigns can lead to much lower costs around $ 0.70.

Volumes : Incent campaigns can be a great way to exponentially boost your download count in a quick time span. If the advertiser’s goal is to achieve certain huge number of volumes in a day or two then the best way to go about is incentivised campaign.

Ranking: Burst Campaigns are an app marketing technique used to increase app rankings. This is done by driving a large number of installs in short period of time. When a incent burst campaign is done right, the app will climb to the top of the app store quickly. The app will stay on top ranking for a couple of days.  This fuels a large number of organic installs from users trying out new apps. Organic users are high quality users and help generate high retention rates and revenue for the developer.

However, Incent traffic also has its downsides. A user acquired through an incent campaign has a lower retention rate ( % of users that have the app installed) as compared to non incent sources.  Users on incent sources install the app for a reward but will uninstall it as soon as  they receive the  reward.

On the other hand, non incent users are the ones that tend to install an app after seeing an ad in the form of video , banner ad or an interstitial. They install the app since they are genuinely interested in the app. Such users will use the app more frequently and have a higher retention rate thus generate a higher value for the developer .According to Fiksu’s recent study,around 57% of customers from Fiksu’s non-incent campaigns converted to loyal app users, whilst a much smaller 24% was noted for incent campaigns.

Non incent CPI are on the higher side and it takes longer to generate volume of installs as compared to incent.

In Goal based incent campaigns , the user is rewarded after completing a goal like retention, registration , competing a level , Phone number verification , Facebook Signup etc.  These campaigns if executed and targeted correctly can be a great source of leads and revenue for the advertiser.

The following table should sum up the characteristics of various types of traffic that we have discussed until now:

We have very closely visited the pros and cons associated with each incent and non incent traffic. Incent based campaigns can be a great way to exponentially boost your download count in a quick time span, whilst non incent campaigns will be better at picking up loyal customers slowly and surely along the way. Both sides of the fence offer different incentives and we cannot ignore either of them completely.

At Mobobeat we strongly believe that each app has its unique set of consumers and a common strategy for all may not work. Out team of experts work with the advertiser to try to understand the app and the advertisers goal.  We then recommend to our advertiser the right blend of incent and non incent traffic to make the campaign a success.