Akib Ali works as a  Publisher Manager at Mobobeat.  He has been in mobile Ad-Tech industry for close to 1 year and has worked on the publisher side with global clients including app developers,ad networks, media buyers and affiliates. 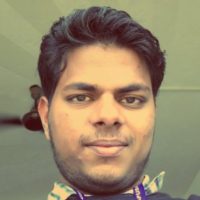 Yes!!! We all have noticed and lived by it. We have seen the rise of mobile games in CN, KR, JP markets since the beginning of the Q3 last year. Ever since the industry has noticed a constant app growth rate quarter on quarter. It’s not only the Game developers that are crazy about launching new gaming apps each week but also the hungry gamers in these top Asian geos who eagerly wait to get their hands on new games.

4 KEYS TO SUCCESS IN THESE GEOS

The top three mobile game genres in terms of revenue are: Action (ACT), Role Playing Games (RPG), and Simulation Games (SLG). Games in these genres have a longer life cycle. Gaming App Developers within these genres gained an advantage in the Chinese, Korean & Japanese mobile market.

The market is full of clones and copies of popular games in these geos. When a game with unique mechanics like puzzle game sensation 2048 appeared, it was easier to capture the attention of mobile gamers. Unique games with innovative gameplay will always gain viral popularity.

Gamers value the ability to make friends and show off to their friend’s in-game capabilities. This is one of the most important factor towards successful mobiles games. Games with social attraction built into the game perform better in terms of acquiring and retaining gamers. A drive for players to be better than their friends increases in-app purchases monetization models, as players buy the best items to show off to their friends.

Geo Friendly Art Style: Was & Is A Must

When localizing a game to succeed in China, Korea & Japan there were two main art styles that developers choose:

Below is a simple chart that shows which gaming apps have been trending for an entire month on the App Store & Play Store for past three months.

As what can be summed up, a wide audience on iOS in China love to enjoy RPG’s ( Dragon Ball Battle, Blood Dominance )while the Android users were likely happy with casual gaming apps( Tank.iO, Grow Castle ) . On the other hand, users in South Korea are more devoted towards RPG’s. They aren’t confused with the choices they have to make over which category of games needs to be played by them irrespective of their platform presence. Game Choices can differ but the category is always a match between the mutual users. They are heavy on both platforms. There is only one trending app for Japan. If they have it trending on Android, they have it trending on iOS as well. (Digimon Links & Disney Magical Dice were trending apps on both platforms in March & April 2016 respectively).

Category Is The Key:

How Young Is The Audience: 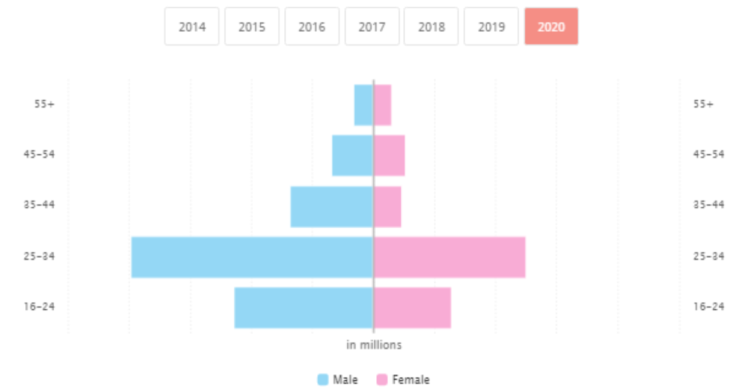 The following statistics explains the numbers behind the rise of these geos as the strongest mobile markets in Asia. South Korea alone has an average ARPU of $92.59 while Japan has an average of $63.89 leaving China with an average of $31.09. China may be behind in terms of the ARPU but thanks to its huge online population, it has generate the maximum amount of revenue in 2016 as compared to South Korea & Japan. With an expected growth rate of 6.80%, 6.67% & 5.53% respectively China, South Korea and Japan will still be the top geos of Mobile Gaming in future.

So what are the main takeaways from the Chinese, Korean & Japanese mobile gaming market in 2017? Growth in this space has probably peaked, but revenue will continue to climb annually. As the market matures, only thSSe strong will survive and demand for high-quality games continues to rise.
The good news for gamers is that all of these developments mean two things: More options, and the opportunity to be more discerning and demand the high-quality games that they want. It will be exciting to continue to watch these trends play out in 2017 — sure to be another interesting year in mobile gaming in CN, KR, JP and Asia.